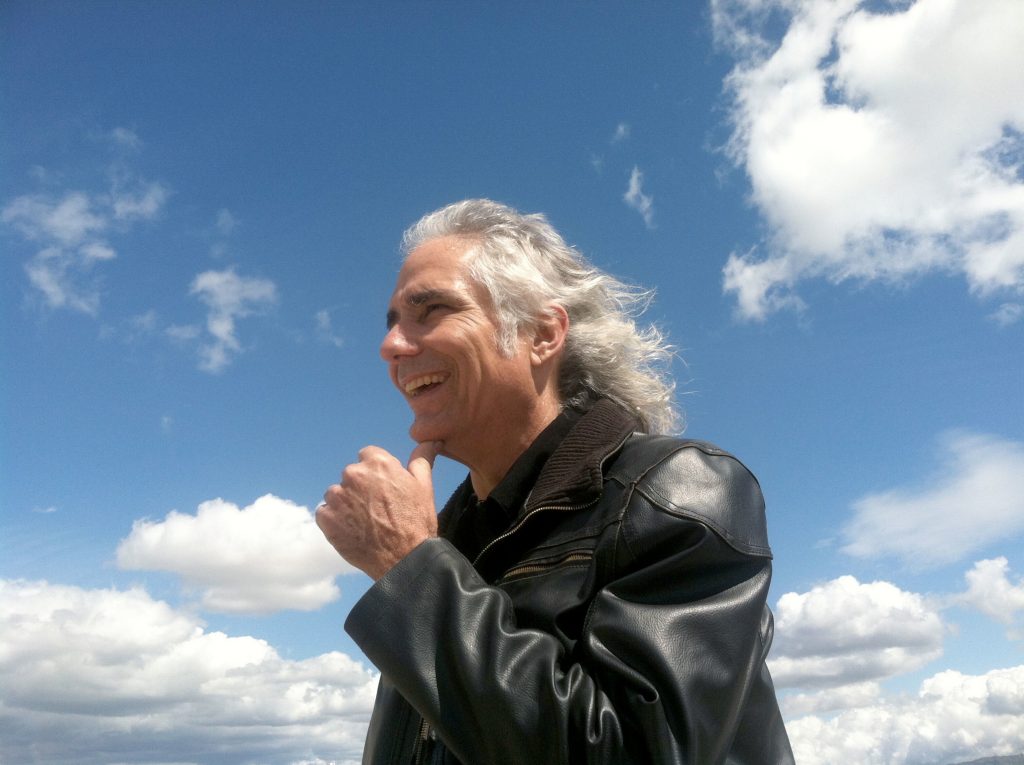 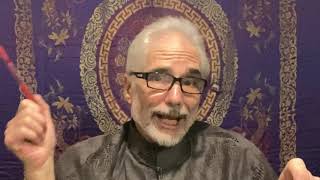 The Shaolin Buddhist Temple on Mt. Songshan is where Bodhidharma retired to create the original Zen Buddhism (“Chan” Buddhism in Chinese) and the original Shaolin Kung Fu based on his Indian martial arts training (Kalaripayattu).

The Shaolin Temple was burned down a couple times and the original books by Bodhidharma were destroyed. For better and worse this led to Shaolin Kung Fu evolving over the past 1,000 years.  This Shaolin Zen Temple founded by me, Buddha Zhen Shen-Lang “Spirit Wolf of Truth,” is based upon the Shaolin Kung Fu of 1,000 years ago after a couple major evolutions of style and influences.  The weapons I teach are the weapons of 1,000 years ago in China.  These Kung Fu “dances” that I call “forms” require great effort and a lot of time to master.  Hence my translation of “Kung Fu” to mean “Time & Energy.”  This dedication of the student to learn these complicated and difficult routines result in the mastery of the body and control of the mind.

In order to create more than an athlete, all my schools and programs also include the Zen Buddhism of the Shaolin Temple and other philosophies of ancient China including Taoism, Confucianism and Strategy based upon the book Art Of War by Sun Tzu.

Most importantly, there is NO SPARRING in any of my schools.  My students have proven that these Shaolin Kung Fu moves work in real life self-defense situations.  One of my students called to tell me he was attacked in a parking garage by three criminals.  The first one attacked him with a knife.  The other two had to carry him out of the parking garage with a broken leg.  A couple of female students have also contacted me to tell me they had defended themselves against rape attacks.  In fact, my highest ranking students are women because of our NO SPARRING rule.  There has also never been a broken bone or even a dislocation in any of my classes since 1984 when I began teaching.

Want to be a hero?  Learn my traditional Shaolin Kung Fu, Taoist Tai Chi Chuan and Confucian Strategy.  I have taught in prisons and drug rehabilitation centers with better results than any other program I know of.  After teaching at the maximum security prison I checked back several years later and the prison informed me that instead of 80% of the inmates returning as normal, the recidivism rate was only 20% and one student had become a fugitive only because he would not inform on someone.  Several of those prison graduates visited me over the years to give me, “Thank you’s.”

Let’s make the world a better place by making you a better person.

The Zen Buddhist Podcast of Shaolin Zen will illuminate all the above topics.  Glad to have you here.

This Shaolin Chi Mantis BEGINNER PROGRAM is difficult, enlightening, and empowering.  It is an amazing program.

Can you do it?

Are you capable of being as physically fit as a 67-year old senior?

Can you do Shaolin Kung Fu and swing a staff as good as an old silver-haired musician with a cat?

Let’s see if you can!

How fit are you?

Incidentally, I’ve trained professional boxers and they were always surprised how much they could learn and how these Kung Fu exercises helped them in the boxing ring.  I’ve rehabilitated chemo-therapy people who were shriveled to their bones… And these classes were the reason several people said they did not commit suicide during my years in Utah rehabilitation centers.

Now I need this Shaolin Kung Fu to revitalize my life!

This program is my salvation.  I am going to complete this SCM Beginner Program and then MAINTAIN this super-natural health level with my NEW Shaolin Kung Fu LIFESTYLE I am doing for me.  Yes, we have to do it for ourselves.

I believe I will be more flexible if I graduate SCM Beginner Program.

I believe I will have more stamina and vitality if I graduate the SCM Beginner Program.

I believe I will LIVE LONGER if I maintain my Shaolin Lifestyle.

I believe I will be LESS LIKELY to die of Covid-19 or any disease if I maintain my Shaolin Lifestyle.

I believe I will ENJOY LIFE MORE if I maintain my Shaolin Lifestyle.

I believe Shaolin Kung Fu is beneficial because I have data to show the results and effects of a Shaolin Lifestyle on hundreds of students.

Because we don’t have sparring, I do not have the pains and joint pains and back pains and broken bone pains of my Karate colleagues who have retired in great suffering.  Unfortunately, their martial art made their senior lives painful and miserable. 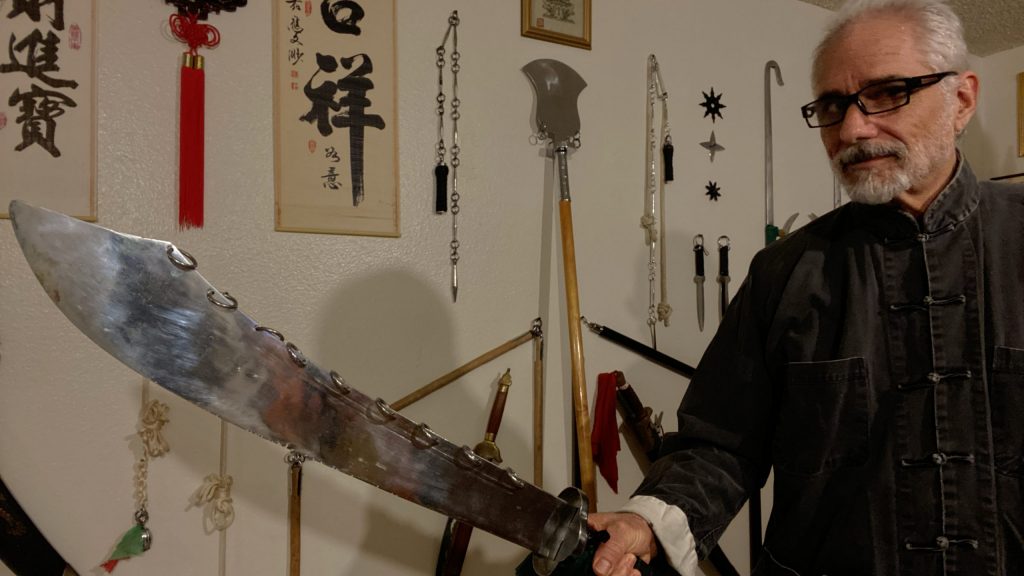 A lifestyle needs to be interesting.

A lifestyle needs to be rewarding. I recommend a Kung Fu lifestyle.

Most people are crappy students at everything but LIFE IS BETTER when LEARNING something.  Learn anything.  The brain needs exercise.

This SCM BEGINNER PROGRAM has enough information for a lifetime of study and reflection.  The Kung Fu is challenging and the classes include philosophy, history, self-awareness and Zen Buddhism.

Just take these four semesters of classes which are each 6-months long — and then two-years later, start at the beginning again.  I’ve taught this entire SCM Beginner Program many times and it is too difficult and informative to ever be boring.   And even though I wrote the books: I learn many things each time I teach/attend these classes myself.  Sometimes I’m surprised how many new things I learn each semester I retake the classes.

Then when YOU ARE 67-years old:  Use this program to revitalize your life? 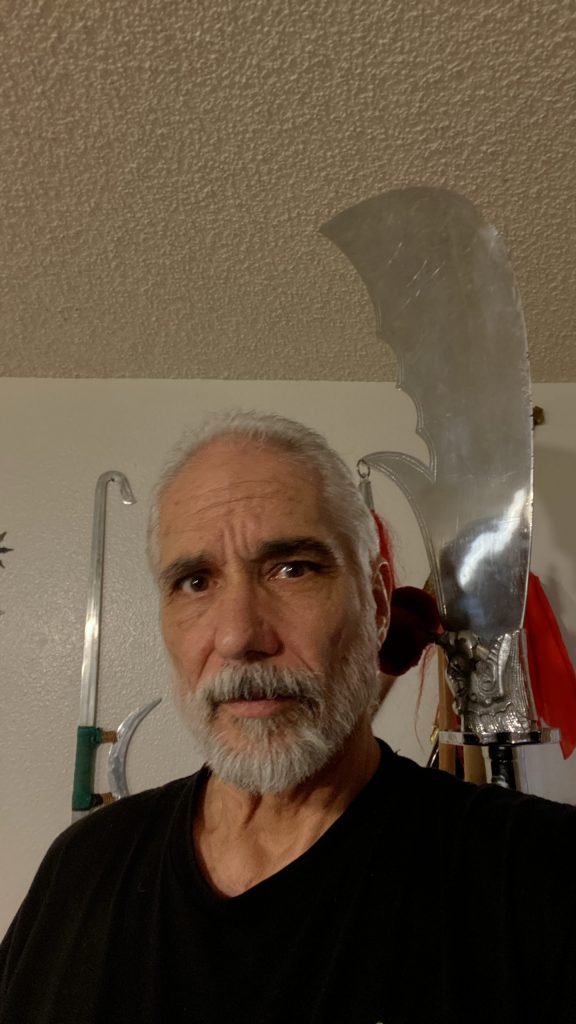 I was probably wearing a mask, but sometimes others weren’t…

Don’t take your packages from your deliveryman directly.  Ask them to, “Just set the box down.  I’ll pick it up.  Thank you.”

I didn’t go blind–but I couldn’t go into the sunlight without my eyes being burned mercilessly by the sun.  It’s the same as the time I got an eye exam and they used the eye-dilation drops.  Going outside without sunglasses, even squinting was painful for my eyes.  My self-therapy was to go for 2-mile walks without sunglasses… painful to my eyes.  People probably thought I was an Oriental with my narrowed eyes.  (At this time, November 14, 2020, I believe I did not suffer permanent damage.)

But I stopped Kung Fu class recordings of the Shaolin Chi Mantis BEGINNER PROGRAM.  I didn’t want to have a bunch of online classes being, “THE COVID CLASSES…”

After a couple weeks of other flu symptoms… I thought I should’ve felt better… This Covid-19 is different.  I used to go to theaters just to catch a flu and get it over with in a day or two.  But this disease lingered.  I felt sluggish for a month.

Even with my surgeries in the past few years, I never took a month off from teaching classes.  There were times when I couldn’t stand up for more than 10-minutes due to an internal cyst in 2017.  But I’d keep my Shaolin Kung Fu classes going by mostly sitting and leading the class from sitting on my ass.  Hee-hee. Kung Fu was less painful than standing-still.  So I even performed Northern Praying Mantis Kung Fu for some Chinatown events those years.

I still felt crappy as if gravity had increased and I was full of sand this summer.  When my lungs cleared I thought it should be over with.  But I was a little sick… after being a lot sick…  So I stopped Kung Fu classes for June, then July… But I didn’t have any students.  Not even any private lesson students.

So my body is shrinking.  Sidekicks aren’t as high.

During the 1980s one of my Shaolin Shifu, Dr. Kam Yuen, told me, “When people age their ligaments shrink.  That’s why some people become hunchbacks.  Everyone shrinks, but if you are more flexible the shrinkage appears less when you are older.”

My brother had one of his hips replaced this year and will have the other hip replaced next year.  He says he’s been living in constant pain for many years.  He’s four years younger than me.  I asked him if we have a genetic flaw like German Shepard dogs.  He laughed and explained that the damage to his body was caused by his lifestyle of motorcycles, dune buggies, surfing, and ‘stuff.’  He said his physical problems were a result of his “lifestyle.”

I have no hip pains except for less flexibility.  This 2020 year of no classes and students: has negatively affected my lifestyle.  Less classes means my body is becoming “normal.”  I don’t like “normal.”  Normal may be natural, but I want to be SUPER-NORMAL.